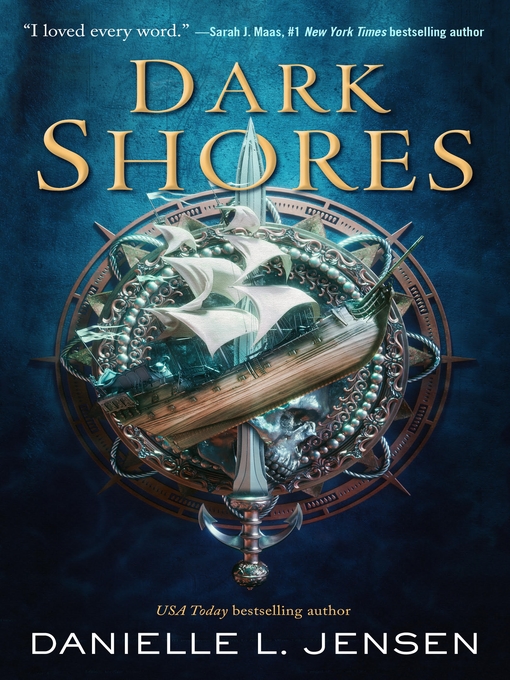 In a world divided by meddlesome gods and treacherous oceans, only the Maarin possess the knowledge to cross the Endless Seas. But they have one mandate: East must never meet West.

A PIRATE WITH A WILL OF IRON

Teriana is the second mate of the Quincense and heir to the Maarin Triumvirate. Her people are born of the seas and the keepers of its secrets, but when her closest friend is forced into an unwanted betrothal, Teriana breaks her people’s mandate so her friend might escape—a choice with devastating consequences.

A SOLDIER WITH A SECRET

Marcus is the commander of the Thirty-Seventh, the notorious legion that has led the Celendor Empire to conquer the entire East. The legion is his family, but even they don’t know the truth he’s been hiding since childhood. It’s a secret he’ll do anything to protect, no matter how much it costs him – and the world.

When an Empire senator discovers the existence of the Dark Shores, he captures Teriana’s crew and threatens to reveal Marcus’s secret unless they sail in pursuit of conquest, forcing the two into an unlikely—and unwilling—alliance. They unite for the sake of their families, but both must decide how far they are willing to go, and how much they are willing to sacrifice. — Goodreads

Please see the end of this review for content notes.

This book has three things I’m a huge sucker for: a world inspired by Ancient Rome, pirate girls, and unlikely alliances. I was really excited to read this, and I loved the feel the author created, but though the Ancient Rome inspired setting was really cool, I almost wish we had spent more time sailing with the Maarin.

The main character, Teriana, was great. She belongs to the Maarin, black sea-faring folk with eyes the colour of the sea. She is loyal to her own people to a fault, funny, capabable, confident, and yet filled with self-doubt about her decisions. She was so relatable and I loved her a lot.

Her unlikely ally is Marcus, a legionnaire from a noble Celendrian family, who has a cruel and violent reputation as legatus of the Thirty-Seventh Legion, a reputation the reader quickly comes to doubt, but then perhaps to believe again. He harbours more than one dangerous secret, and is afflicted with asthma brought on by stress and allergies.

A relationship develops between these two unlikely allies, and I really enjoyed watching it bloom on the page. I do think that Marcus’s descriptions of Teriana occasionally bordered on fetishisation, but overall they had a great dynamic. I loved seeing a teenage girl in YA be sexually in charge, in charge of her body and her choices. There was also some background queer representation, but it only consisted of MLM relationships in the legion, and I would have liked to see more queer characters.

I also wish that the author had explored issues of imperialism a bit more deeply, and employed more nuance with regards to whether you can be good, whether your intentions matter, when you’re part of an evil machine. I think Teriana’s development and questioning of her choices was interesting and well done, but even though Marcus also grappled with his deeds, I found his development in that regard a little lacking.

However, I did really enjoy this book. The writing was engaging and the world-building was intricate. One thing I loved in particular was the religion and mysticism of the Western cultures, and I hope (and suspect) that those will be explored further in the series. If you love fantasy in Ancient Rome inspired settings, you should definitely give Dark Shores a read.

Thank you to NetGalley and Tor Teen for providing me with an eARC in exchange for an honest review!

Dark Shores is the first in a new YA series by Danielle L. Jensen and was out May 7. Have you read it yet? Are you planning to? What are your thoughts? Let’s chat in the comments below!