Each generation, a competition is held to find the next empress of Honoku. The rules are simple. Survive the palace’s enchanted seasonal rooms. Conquer Winter, Spring, Summer, and Fall. Marry the prince. All are eligible to compete—all except yōkai, supernatural monsters and spirits whom the human emperor is determined to enslave and destroy.

Mari has spent a lifetime training to become empress. Winning should be easy. And it would be, if she weren’t hiding a dangerous secret. Mari is a yōkai with the ability to transform into a terrifying monster. If discovered, her life will be forfeit. As she struggles to keep her true identity hidden, Mari’s fate collides with that of Taro, the prince who has no desire to inherit the imperial throne, and Akira, a half-human, half-yōkai outcast.

Torn between duty and love, loyalty and betrayal, vengeance and forgiveness, the choices of Mari, Taro, and Akira will decide the fate of Honoku. — Goodreads

Empress of All Seasons has been on my TBR for a while, so I was very excited to finally get to read it. I loved the Japanese-inspired setting and the way the world-building draws from Japanese legends.

I loved Mari so much. An outcast within her own class of yōkai, the Animal Wives, due to her plain looks, Mari’s objective isn’t to win over a husband with her charms and beauty, but with her fighting skills and resilience. I found the concept of a competition to survive the palace’s seasonal rooms really interesting, but I was disappointed in how the competition played out. The summary makes it sound like there will be a heavy focus on the competition, and unfortunately to me it all felt a bit rushed, preventing me from becoming invested in any of the other competitors.

Mari’s relationship with Taro also progressed rather quickly. I enjoyed their interactions, but I wish there had been more build-up to them falling in love. Overall, I feel like Empress of All Seasons may have fared better as a series instead of a standalone, giving the author more time to explore the story and its complexities. 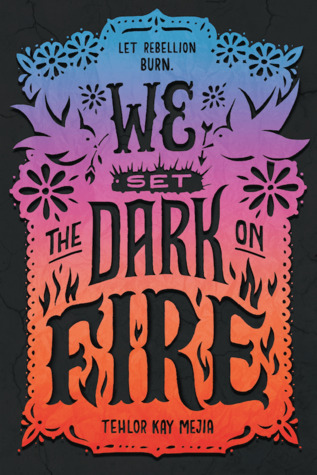 At the Medio School for Girls, distinguished young women are trained for one of two roles in their polarized society. Depending on her specialization, a graduate will one day run a husband’s household or raise his children, but both are promised a life of comfort and luxury, far from the frequent political uprisings of the lower class. Daniela Vargas is the school’s top student, but her bright future depends upon no one discovering her darkest secret—that her pedigree is a lie. Her parents sacrificed everything to obtain forged identification papers so Dani could rise above her station. Now that her marriage to an important politico’s son is fast approaching, she must keep the truth hidden or be sent back to the fringes of society, where famine and poverty rule supreme.

On her graduation night, Dani seems to be in the clear, despite the surprises that unfold. But nothing prepares her for all the difficult choices she must make, especially when she is asked to spy for a resistance group desperately fighting to bring equality to Medio. Will Dani cling to the privilege her parents fought to win for her, or to give up everything she’s strived for in pursuit of a free Medio—and a chance at a forbidden love?

I was so thrilled when We Set the Dark on Fire came off hold at my library because queer Latinx girls! It took me a while to get into it because the pace was a little slow for me, but I’m ultimately glad I persevered. My favourite thing about this was definitely the relationship between Dani and Carmen. They were so into each other and I was so into them!

The plot and pacing weren’t entirely my cup of tea, and while I found the ending confusing, the book was well-written. I enjoyed Dani coming into her own, and discovering her strengths as well as her feelings for Carmen. If societal intrigue, spies, and forbidden love are your thing, you will love We Set the Dark on Fire.

Have you read these books? What did you think? Let’s chat in the comments below!