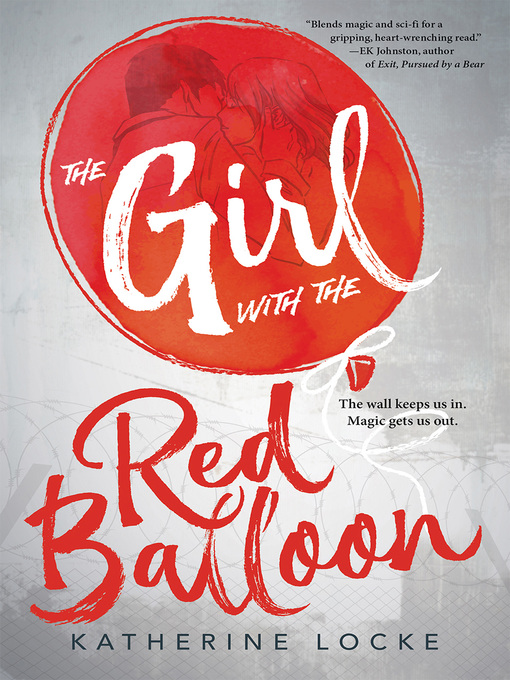 When sixteen-year-old Ellie Baum accidentally time-travels via red balloon to 1988 East Berlin, she’s caught up in a conspiracy of history and magic. She meets members of an underground guild in East Berlin who use balloons and magic to help people escape over the Wall—but even to the balloon makers, Ellie’s time travel is a mystery. When it becomes clear that someone is using dark magic to change history, Ellie must risk everything—including her only way home—to stop the process. — Goodreads

I suspected I was signing up for heartbreak when I picked up The Girl With the Red Balloon, and friends, it did indeed make me cry. The book is told from three different points of view: Ellie’s, first in present day Berlin and then in 1988 East Berlin, Kai’s in 1988 East Berlin, and Benno’s in 1941 in Łódź Ghetto. I usually find it hard to fully immerse myself in books with several POVs, but that didn’t turn out to be a problem here. The shifts weren’t too frequent, and the flashbacks narrated by Ellie’s grandfather Benno really tied the story together.

There was some great diversity, too. Benno is a German Jew who survived the Holocaust and later emigrated to the US, so Ellie is Jewish American with a German background. There are frequent allusions to her Jewishness and it is a strong part of her identity. Kai and his sister are Romani (CN for use of the g-slur, though it is primarily used as a descriptor in the flashbacks), and an important side character, Mitzi, is gay. I personally also read Kai as being on the ace spectrum. (“I’d never understood how people could get distracted so easily” — really, Kai? Sounds ace to me.)

“Magic and balloons,” I whispered, shivering from the cold and the dark. “And Walls and time.”
Kai’s voice was low and sad. “The things that get us out and the things that keep us in.”

I really loved the magical atmosphere of the book, and the idea of magic balloons that can transport people out of places that have imprisoned them. The writing was beautiful but simple, and I highlighted so many quotes that I couldn’t fit them all into one blog post even if I tried. The only thing that threw me off were the poorly translated German phrases here and there, but it wasn’t so egregious that it hampered my enjoyment.

The romance between Ellie and Kai was sweet with a tiny dash of sexy, but I also loved the friendship that developed between Ellie and Mitzi. The ragtag band of characters Ellie encounters in 1988 end up being a found family for her in a time and place she doesn’t belong, a home far away from home.

The theme of finding where you belong, of finding your home, isn’t only brought up with regards to Ellie’s time travel, but also by Ellie and Kai both belonging to peoples that have been historically persecuted and uprooted.

But home and belonging aren’t the only themes that The Girl With the Red Balloon grapples with. It asks profound questions about faith in the face of evil, and about whether or not you could or should go back in time to change history, ultimately coming to the painful conclusion that you cannot save everyone. The book acknowledges the importance of doing what you can when you can, but it also addresses issues of white / gentile saviourism.

This was one of my favourite moments. It encapsulates something essential about this book. The Girl With the Red Balloon is a bittersweet story, and though it is heartbreaking at times, it always glows with the hope that there will be light at the end of the tunnel. This book is not only a journey through time, but an emotional journey as well, and I would highly recommend it to anyone who likes their heartbreak with a dash of the fantastical.

CONTENT NOTES: This book narrates events in a Jewish / Romani ghetto during the Holocaust, including starvation, child death, parental death, deportation, and mentions the terrors of Stasi imprisonment in East Germany several times.

Have you read The Girl With the Red Balloon or any of Katherine Locke’s other books? Let’s chat in the comments below!